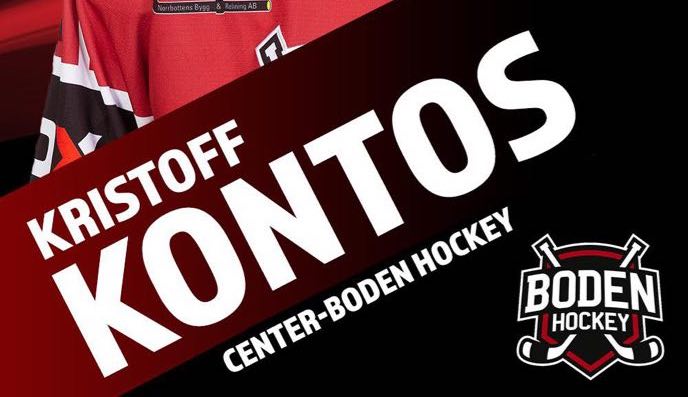 Kontos: “doing what ever it takes to win”

Tell us about Kristoff, who are you on the ice as well as off ice?
I believe I am a hard working honest person both on and off the ice. I take pride in my skill and attention to detail. I love competing and doing what ever it takes to win.

You’ve played in OHL, ECHL, France and last season you played in Hockeyettan. What’s the main difference between the Canadian, French and Swedish league?
I’ve been very lucky to have played in some great leagues all over the world. For me every league is different in its own way and I found that i had to change my style for each league. North america is more physical mainly due to the smaller ice. Sweden is fast and skilled and I enjoy playing there. 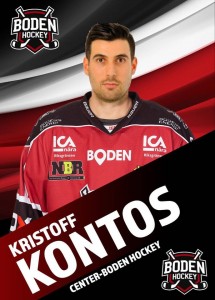 After 25 points in only 18 games you got alot of eyes looking your way, including ours. What tipped the scale in our favor?
I think my success was mainly due to team success. I was very lucky to have gotten the opportunity to play for a great club in Vimmerby. My teammates and coaches helped me play to my best every game and it helped me with my overall game. Boden reached out to me and gave me a opportunity I couldn’t turn down, and being able to play in the north is an experience I always wanted. I am very excited to get to Boden and start getting ready for the season.

What will you bring to the team that will help them step it up and bring those extra points back home?
Personally I try to use my offensive style of play to help with creating scoring chances, while trying to also be strong in the faceoff circle and my own zone. I’m hoping that I can continue my success from last season into the new one.